As a matter of habit, and I think a good habit at that, Az and I take a stroll after dinner almost every night. (Fair disclosure: this may largely be driven by us not understanding anything on Italian TV.)

Our previous apartment was in Trastevere, old Rome, a corner of the city with twisting cobblestone alleys and a hoppin’ bar on every block. At 1am on a weeknight, you’d be walking shoulder-to-shoulder with swarms of upscale revellers, and Piazza Santa Maria would be filled with ragazzi drinking malt beverages (beer, yes, but also that smirnoff ice and campari mixx stuff) outta the bottle.

Now, though, we live right outside Vatican City, which is a whole different scene. It’s really quiet here at night – a good quiet, a serene quiet – and it’s nice to simply watch the illuminated fountains in St. Peter’s square and hear hushed conversations of the few other folks circling the piazza, hands clasped behind their backs.

Anyhow, here’s the thing: you don’t see much homelessness in Roma Centro. (At least, not compared to Oakland and SF.) Come nightfall, though, I see more wizened bag ladies and sagging-cardboard-box shelters around St. Peter’s than anywhere else, save perhaps the Termini train station.

I guess it’s the same thing as anywhere, really – church steps being refuge of last resort, a place to catch some winks without getting a boot in the ribs. Still, seeing people sleeping on the stoop of this particular cathedral, so completely dwarfed by its splendor… it’s just tragic to a whole ‘nother degree. 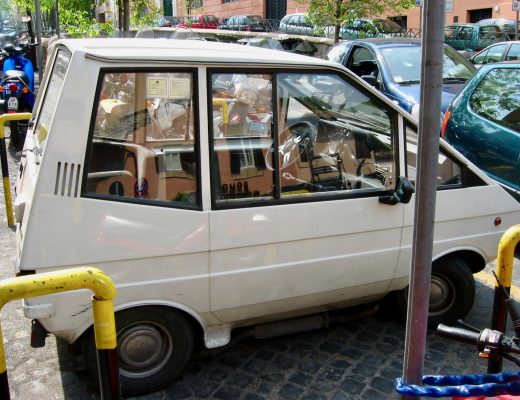 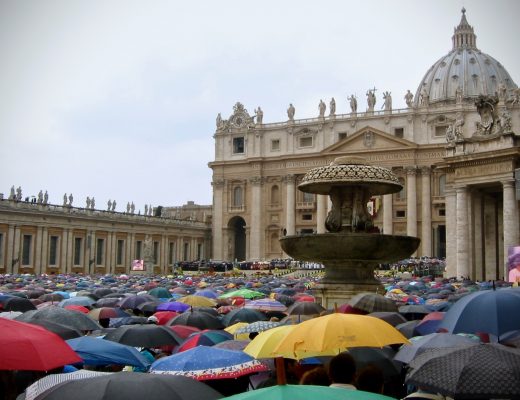 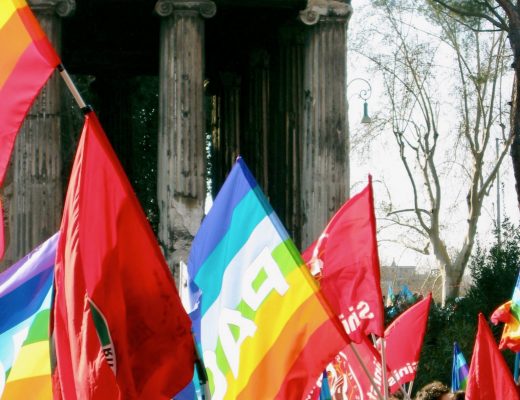