Can’t really call a place “an old haunt” until you’re back and weirdly lingering around, and yeah, that’s us now on Day 3 of travels.

We’re in Cambridge, and whoah, what a difference a decade makes: our first steps out of the train station felt unexpectedly foreign, jolted by the phalanx of new real-estate developments that loom over the tracks. It took a couple good blocks of pulling suitcases for Cambridge to start feeling like Cambridge, again, familiar row houses and all.

We’ve spent all of five hours back in the old neighborhood, and I’m already set to make snap judgements: the Cambridge Blue lost its indie charm (and former owner, I presume), Mill Road’s gained none (not sure I’d ever want it to), and most importantly, the mystery of Roll On Blank Tapes persists. 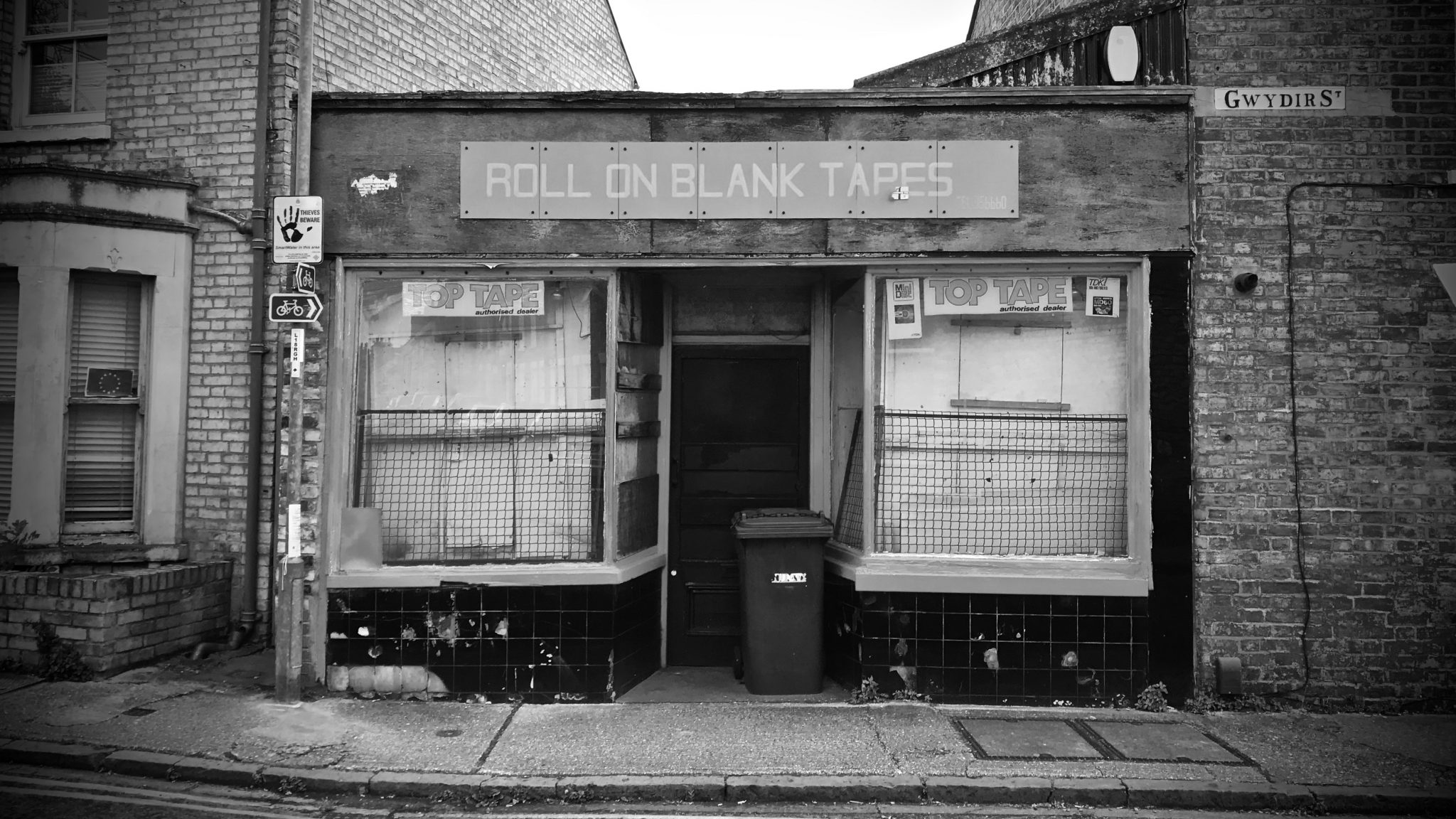 Seriously. While the faded mural for Hot Numbers Records on Kingston St. has gone so far as to be restored, like a valued fresco from days of yore, just a couple blocks away, there sits an empty shopfront that’s got TDK MiniDisc and Top Tape adverts plastered to the windows, still. Each one every bit as sun-faded and dust-covered as they were in 2004, when we first arrived.

I’m told there’s a connection to H. Gee, another temporally-resistant shopfront which mysteriously endures on Mill Road. I bought ~50p of fuse wire there, once, years ago, and even then, had the strong sense mine would be the only transaction of the day.  I say “endures”, but it might be “endured” — right now, the window stock looks worryingly sparse.

Can’t help but think there’s a strange synchronicity, beyond just the shape of the name, between H. Gee and E. Buk, that odd Manhattan shop window that appeared in Pattern Recognition (and my own accidental wanderings in SoHo, once).  E. Buk’s window so artfully curated, H. Gee so bizarrely random; one like ikebana, the other like jetsam, both so arresting. 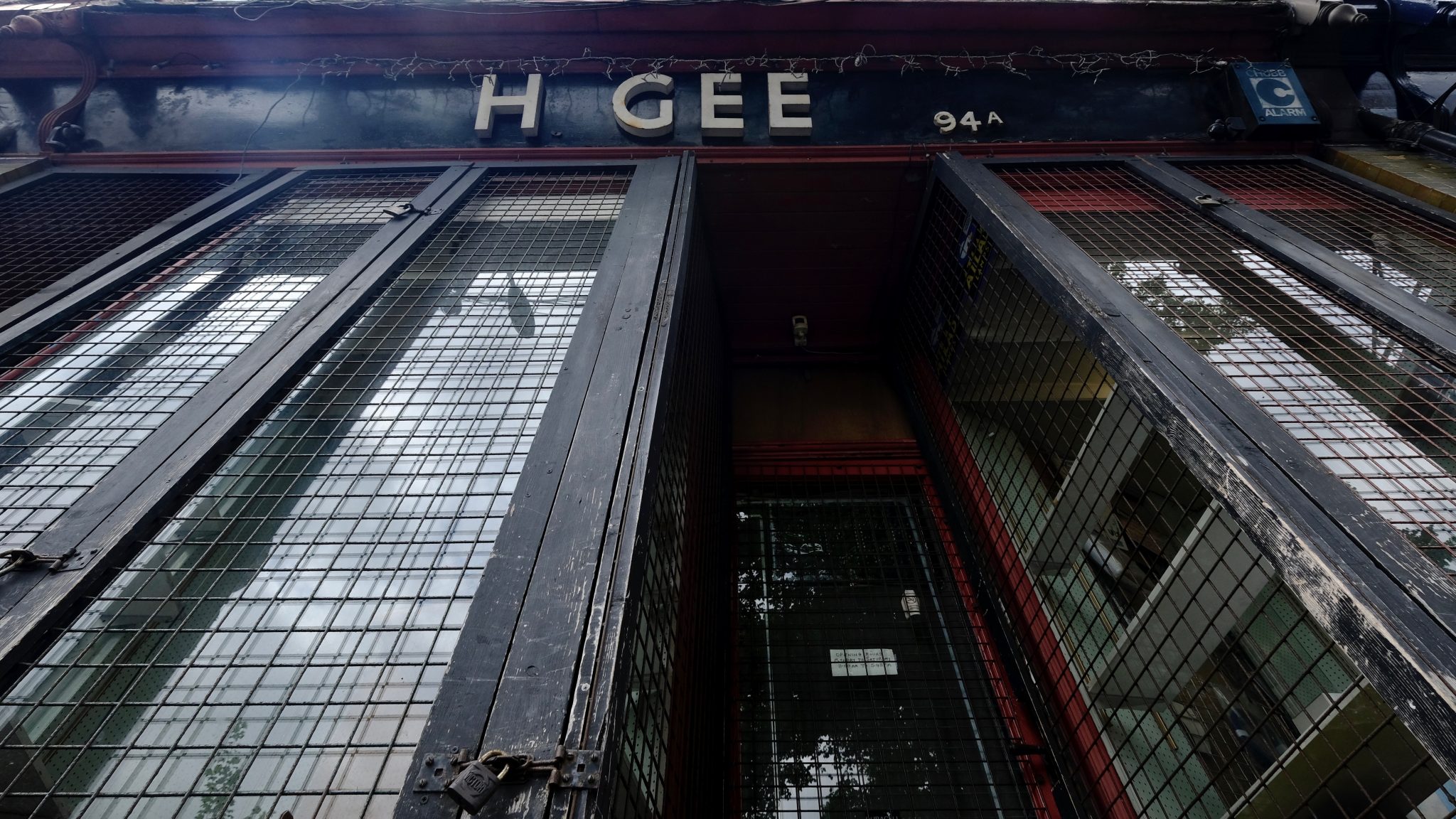 Anyhow. Turns out while Hot Numbers may not be slinging vinyl anymore, there is a sweet coffee shop here that’s resurrected the name, dutifully spinning records and giving me just enough pricey coffee and free wifi needed to hit [POST]. 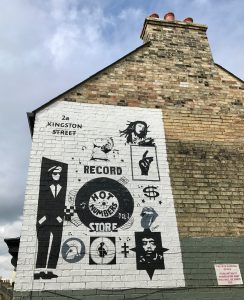 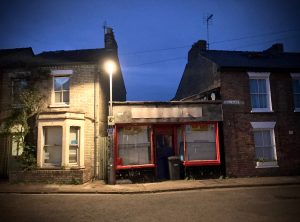 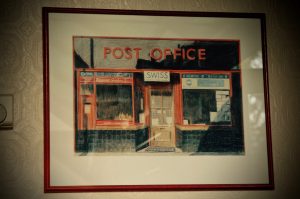 hanging in the Cambridge Blue 10 years ago (but no longer): Roll On in its previous life as a PO 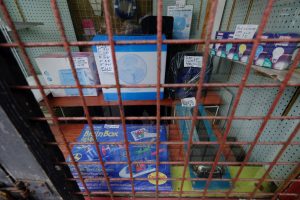 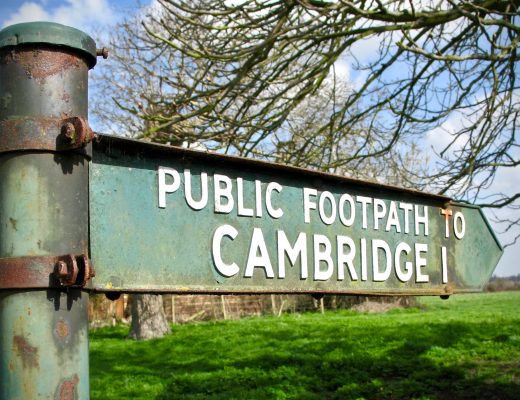 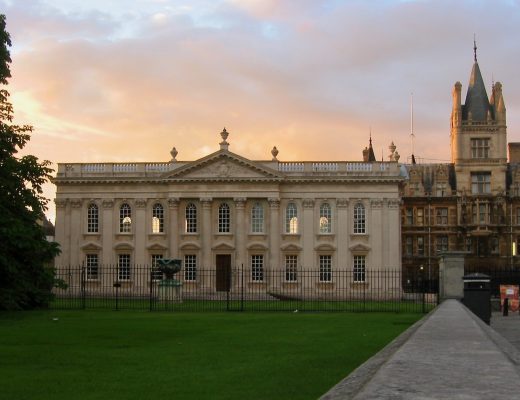 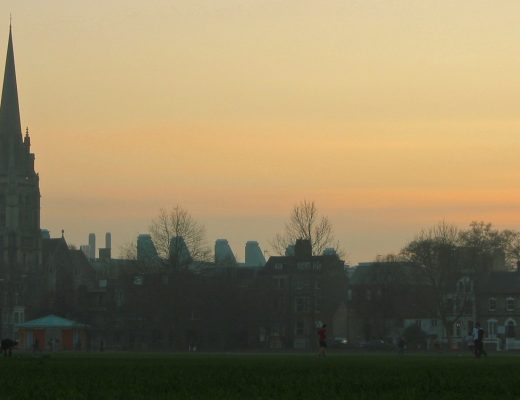